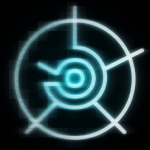 x Foman123 x, commonly known as Foman123 or simply Foman, is an avid gamer and an active member of the Bungie Community. Foman is a prolific poster and active community member, Bungiepedia Administrator, Destinypedia Administrator, and a Bungie.net Master Forum Ninja. Foman is also known for being the founder of one of the largest Groups ever created on Bungie.net, CompoundIntelligence,

Foman's hobby, video gaming, led him to Bungie after the release of Halo: Combat Evolved and he soon thereafter found Bungie.net. Lurking and reading the Bungie forums for over three years, Foman finally created an account on June 12, 2006.

Foman began posting frequently in the Halo 2 and Optimatch forums, and, when Bungie.net's Halo 3 Forum went live, Foman quickly migrated to it. Joining in the speculation, ideas, and theories located there, Foman was the creator of several popular threads. Foman's threads "Best New Marine Environment Interactions" and "Spartans Can't Float" were two of his most popular.

Foman became very involved in the Bungie Community. In the winter of 2006, he discovered The Guide, a Chapter on Bungie.net devoted to archiving information about the Seventh Column, reviewing Groups, and interviewing notable Bungie Community members such as moderators, chapter founders, and forum regulars. Foman interviewed dozens of Forum Ninjas, chapter founders, and community members, as well as conducting several chapter reviews.

Until its unexplained deletion in mid-2009 under unknown circumstances, Foman retained his role as Senior Editor of The Guide.

After BL4H00G4N4 created the Bungiepedia Wikia, Foman became interested and created dozens of articles about Bungie. After BL4H00G4N4 realized that he had other time commitments and could not devote much time to Bungiepedia, he gave Bureaucrat and Administrator rights to Foman.

Foman created an all-new Main Page while continuing to write and update articles and moderate Bungiepedia's content. More recently, however, Foman has lessened his time on Bungiepedia due to having less time available between real-life work and his duties as a Master Forum Ninja on Bungie.net and administrator on Destinypedia.

CompoundIntelligence quickly became known as best possible place to go for up-to-the-minute information and discussion of the Halo 3 Viral Marketing Campaign, code-named "Iris." CompoundIntelligence's forum was the place where the vast majority of Iris discoveries were made during the entire three-month course of the game.

During Iris, Foman was involved in communicating and coordinating with the leaders of several other forums and websites devoted to the VMC. Because of this involvement, in addition to his receiving of several private messages from AdjutantReflex, Foman began to receive dozens and sometimes hundreds of private messages on Bungie.net per day. Because the number of private messages was so overwhelming, Foman was unable to respond to all of them, thus causing some members to post theories speculating that Foman was either a Bungie employee or otherwise involved in the Iris ARG, despite his repeated insistence that he was not.

After the conclusion of Iris, Foman settled back into his familiar role, posting frequently in the Community forum, making silly pictures, talking with his Bungie.net colleagues and friends, and happily participating in groups and Bungiepedia.

He is still a daily active member on Bungie.net, and is easily reachable via private message there or through his user talk pages here on Wikia.

Retrieved from "https://bungie.fandom.com/wiki/User:Foman123?oldid=1885"
Community content is available under CC-BY-SA unless otherwise noted.